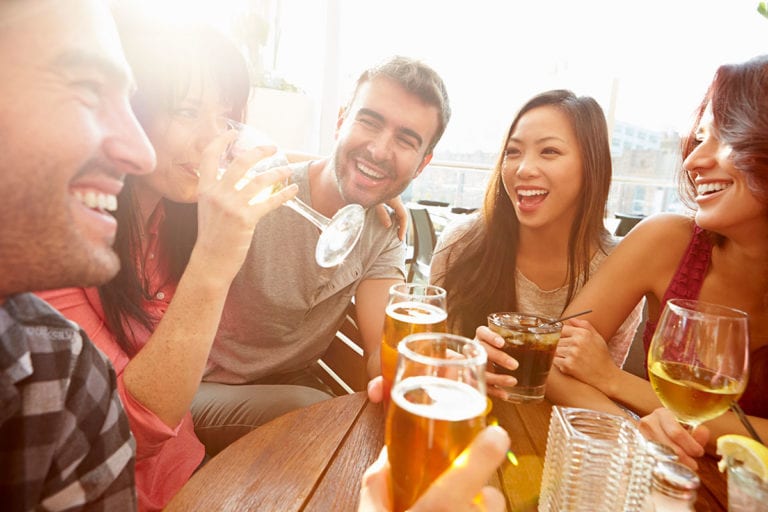 Social me that. The importance of consumer micro-groups in branding

It’s a concept that’s received a great deal of attention and chatter in recent years.  The question of “me” versus “us” when it comes to brand loyalty and choice.  Which is more powerful?  Individualism and distinct identity in consumer shopping behavior?  Or, the validation of joining in the shared experience of a so-called “affinity circle”…a group of kindred spirits motivated by a collective set of preferences, lifestyle demographics, opinions, viewpoints and passions?  The continued spotlight on the power of tribal marketing has turned heads in the advertising, social media and public relations communities for some time now, but there’s still a disparity of opinion among the experts on which approach is a more effective guiding force for marketing initiatives.

For decades, Madison Avenue and its communication practitioners spoke of reaching the individual—of appealing to and developing what makes each of us special, different…unique.  Perhaps it was a residual effect of author Tom Wolfe’s “Me Decade” mentality of the 1970s that celebrated the push for self-betterment, likely an indirect backsplash to the communal social messages of the Sixties.  But the same era also marked a deeper sophistication in consumer marketing with more integrated ad spends and a greater focus on strategic message development that nurtured new cottage industries and established brand building as a serious marketing discipline.

The focus on the individual continued through the strong economic and high consumer spending years of the 1980s and 1990s when the growth in material acquisition and consumer packaged goods (CPGs) production—especially in America—seemed almost unrelenting.  And throughout the latter part of the 20th century, the advertising industry began to apply brand “personality” to products and services that they found, via statistical research, mimicked the temperaments and personas that their target consumers claimed as their own.  Marketing to the individual—tapping their individual desires—was a paramount strategy.

But as social consciousness has shifted, so have consumer purchase habits and attitudes—and the marketing industry, in turn, has continued to intuit these changes.  In the earlier days of database marketing, research entities like Nielsen, a leading analytics/metrics evaluation source for the media broadcast industry, took the approach that television and radio audiences with similar product likes and dislikes tended to live in similar tiny “block groups.”  These groups corresponded to a matrix of indices that offered complimentary marketing goals and opportunities.

That was the prehistoric days.  Now, thanks to the era of Big Data, analytics tools can enable marketers to be so granular in their research, metrics evaluation and data targeting, that they can reach consumer targets with infinitesimal degrees of accuracy—in how they interact with them, talk to them, apply social trends, and enhance point-of-purchase sell-through.  In this sense, marketing philosophies and practices have evolved right alongside the technology that is hastening yet further change and adaptation.  This ready availability of data has taken things to an even more sophisticated level.  And, marketers are now paying more and more serious attention to the “collective think” of highly relevant micro-cultures, where the sway of opinion among consumer affinity groups, each year, is becoming increasingly relevant.

After all, we are indeed first and foremost social animals—and while we love to have that unique, standout dress fresh off the fashion show runway, or be the first early technology adaptor among our friends, or have the first new household gadget at the dinner party, we also are ultimately deeply driven by an intense and sustained need to belong.  It’s how and why certain purchase groups are, in the first place, drawn together—and toward—certain brands; and why the success of these same brands is impacted by how effectively they respond to the evolving cultural attitudes shared by their stakeholders and constituents.

It’s, of course, also the same reason that social media is now so intimately interwoven into our lifestyle and culture, and why the need to be accepted and share common experiences that reinforce our core beliefs and values should never be overlooked by marketers.  These are powerful emotional drivers, which according to many recent research studies and reports, present a far more compelling impetus for purchase loyalty than catchy slogans, BOGOs, clever ad buys, press releases, and even the most inspired creative trending.  We are creatures of the “tribus”—what authors Avi Shankar, Bernard Cova and Robert Kozinets in their book Consumer Tribes referred to as “fundamental to our experience of life.”   It’s also the reason why, as the authors explained, “social ‘links’ or social relationships, are (simply) more important than the things we love…”

While much of this is true, the inane sense of self also can’t be overlooked.  Our drive to survive and excel among our peer group (basic Darwinian economics) is also a fundamental element of the human consumer mentality.  People will still strive for success—and that success will, at least in part, continue to be influenced (for better or for worse), to a degree by our interaction with the world around us—and our “being” in the world in light of this individualized experience.  And, this interaction, certainly to a degree, involves the various choices we make on a daily basis as consumers.  Consumerism, while it encourages the acquisition of goods, in and of itself is not tied to a financial transaction.  Whether we spend money or not…consumerism still exists:  It’s about choice, preference, and, ultimately, free expression.

For this reason, we believe that, as marketers, to effectively reach the masses, we must always consider BOTH:  The tribe and the tribe member.  By devising marketing campaigns that resonate with the Individual (their aspirations, dreams, and goals) and also the Group or many Groups they hold dear, we can communicate more fully with the Whole Consumer.  They are complementary core tactics in marketing’s essential playbook.

And, even so, every individual consumer remains an intricate puzzle of opportunity and complexity, whose purchase behavior—collective or otherwise—will continue to respected and studied for years to come, across multiple eras, as the consumer landscape ebbs and flows.  Even the most savvy of marketing data statisticians and gurus are likely to admit that there is no one single answer—no fool proof formula for developing the perfect Marketing Persona for every consumer segment and demographic.  It’s the Yin and Yang of experiential marketing and why the Audience of One must also be the Audience of Many…and why the Audience of Many still always has—somewhere in it’s crowd—an Audience of One, since no one of us, despite our deepest connections can ever be exactly the same.

Leave a Reply Cancel Reply
You might also like
One of the following
You say you want a (brand) revolution? 5 steps for creating “disruption”
Social me that. The importance of consumer micro-groups in branding
#CreateAnEcho: Key ingredients for powerful branding
Recent Posts

You say you want a (brand) revolution? 5 steps for creating “disruption”

Login to BrandEcho
Reset Password
Enter the username or e-mail you used in your profile. A password reset link will be sent to you by email.